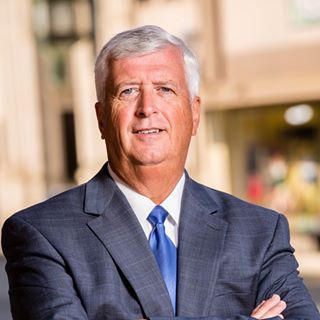 Ronny Walker has been deeply involved in the economic growth and civic well-being of Ruston and Lincoln Parish for almost his entire adult life. Ronny earned his Bachelor’s degree in Education from Mississippi State University and his Master of Education from the Southwestern Baptist Theological Seminary. After graduation, Ronny served at Temple Baptist Church in Ruston from 1981-1989. It was at this time when Ronny’s interest in business and the economic future of the Ruston area began to grow. For more than two decades, Ronny has devoted himself to building a better future for Lincoln Parish, Louisiana Tech University, and the City of Ruston. He has held positions at Community Trust Bank and First National Bank in Ruston. He currently serves on the Board of the North Louisiana Economic Partnership.

On November 4, 2014, Ruston voters elected Ronny as their Mayor and he took office on January 1, 2015. During his first term, he has started a curbside residential and small commercial recycling program, passed the “Moving Ruston Forward” sales tax initiative which is funding $150 million in infrastructure improvements throughout the city, and most notably a $35 million Ruston Sports Complex that will open in January 2019. The Rock Island Greenway, a 5-mile shared-use walking and biking path running north to south through the center of Ruston, is also underway. Mayor Walker has coined the phrase “Excellence Made Here” for the City of Ruston and with the continued improvements in infrastructure, quality of life, and the continued partnership with Louisiana Tech University, it is easy to see why this motto now defines the Ruston community.

Back To Your Roots: A Sustainable Agriculture Conference

Build your soil build your future

Your ticket for the: Ronny Walker