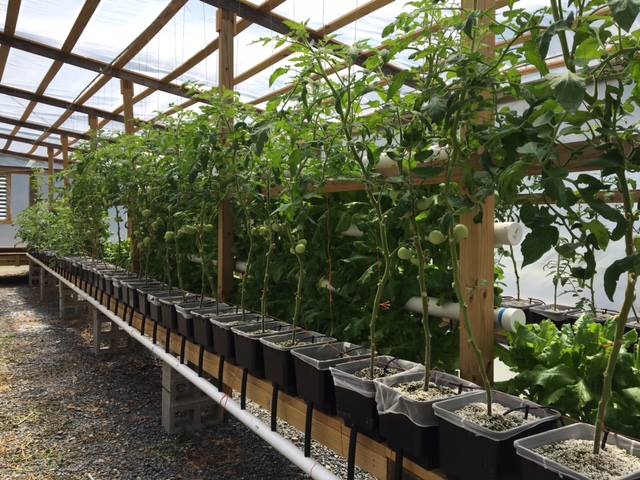 Estes Farms is a family operated farm focused on hydroponic growing in northern Louisiana. We grow lettuce, tomatoes, peppers, cucumbers, kale, collards, cabbage, and squash. We currently use about ¾ of an acre for the hydroponic operation. There are three greenhouses used to extend the growing season. One greenhouse is used for lettuce, one for tomatoes, and a third will be used for cherry tomatoes. The team is made up of John, Brooke, David, Abigail, and Judy Estes.

We carry lettuce year round. We currently plant two crops per year of tomatoes. Our first tomatoes are ready starting in late April until July 1, with the second set arriving September 8 until the first frost around the 20th of November. Our peppers generally start coming in starting the first part of June until the first frost. We plant kale, collards, and cabbage in early fall and begin harvesting around December 1st.

Back To Your Roots: A Sustainable Agriculture Conference

Build your soil build your future

Your ticket for the: Estes Farms